Like humans, our pets and our farming and work animals can be exposed to toxic heavy metals and consequently suffer symptoms, get sick or under perform. In this article we explore how exposure to heavy metals like Lead, Cadmium, Arsenic, Mercury and others can affect our much-adored pets. Because animals, especially our pets, share our environments, we explore the notion that our animals act as sentinels or guardians absorbing unseen dangerous chemicals that we or particularly our children, may also be exposed too. Finally, we demonstrate that low cost animal hair testing, can reveal these unseen exposures and subsequently open a pathway to reduce exposures both in our beloved animals, our children and ourselves.

The application of mammals as sentinels for human exposure to toxic environmental contaminants and naturally occurring background heavy metals has been previously explored.[1] An animal must in a position in the food chain that is similar to ours – cats and dogs fulfil this criteria – that then makes our pet or animal a sentinel for unseen dangerous chemicals. Additionally, animals should be exposed to similar aspects of the environment as we are – same water, similar foods and the same soil and garden conditions around the home.

Indeed, the much adored cat shown below roles in the dirt and garden soil around the owners house daily until he is visibly covered in dirt. Cats lick themselves clean regularly, so in essence they eat the soil around the home. Any nasty heavy metals in this soil will show up in the cats hair analysis.

Additionally, hidden soil heavy metals can end up in mane hair of horses because of the plants they eat that grow in that soil. These toxic metals are not necessarily due to human pollution – some agricultural and pastural soils contain naturally occurring high levels of arsenic or antimony for instance. See our example result of a horse hair analysis.

Indeed, veterinary epidemiology – the study of diseases (like cancer, thyroid issues, arthritis and neurological conditions) in populations of animals, provides a growing body of knowledge that has flow-on benefits for humans. It helps us pinpoint areas of our shared environments that need cleaning up or changing. For instance, domestic cats, otters and humans share similar clinical histopathology and neurological signs (relating to brain and nervous system function) from exposure to methyl-mercury.[1] A common exposure to methyl-mercury (which is extraordinarily toxic to nerve tissue) is fish consumption. Fish around the globe now contain significant levels of mercury. Approximately two-thirds of the mercury contamination in our oceans is due to burning of coal over the past 150 years; the other third due to natural geological activity (like volcanoes). The bigger the fish, the higher the mercury content per kilogram.

Pet foods, particularly those with fish, can be relatively high in the metalloid Arsenic (As) which has been shown to correlate well with Mercury content and is particularly prevalent in diets for domestic cats. Exposure to these metals has been linked to chronic kidney disease in cats [2]. 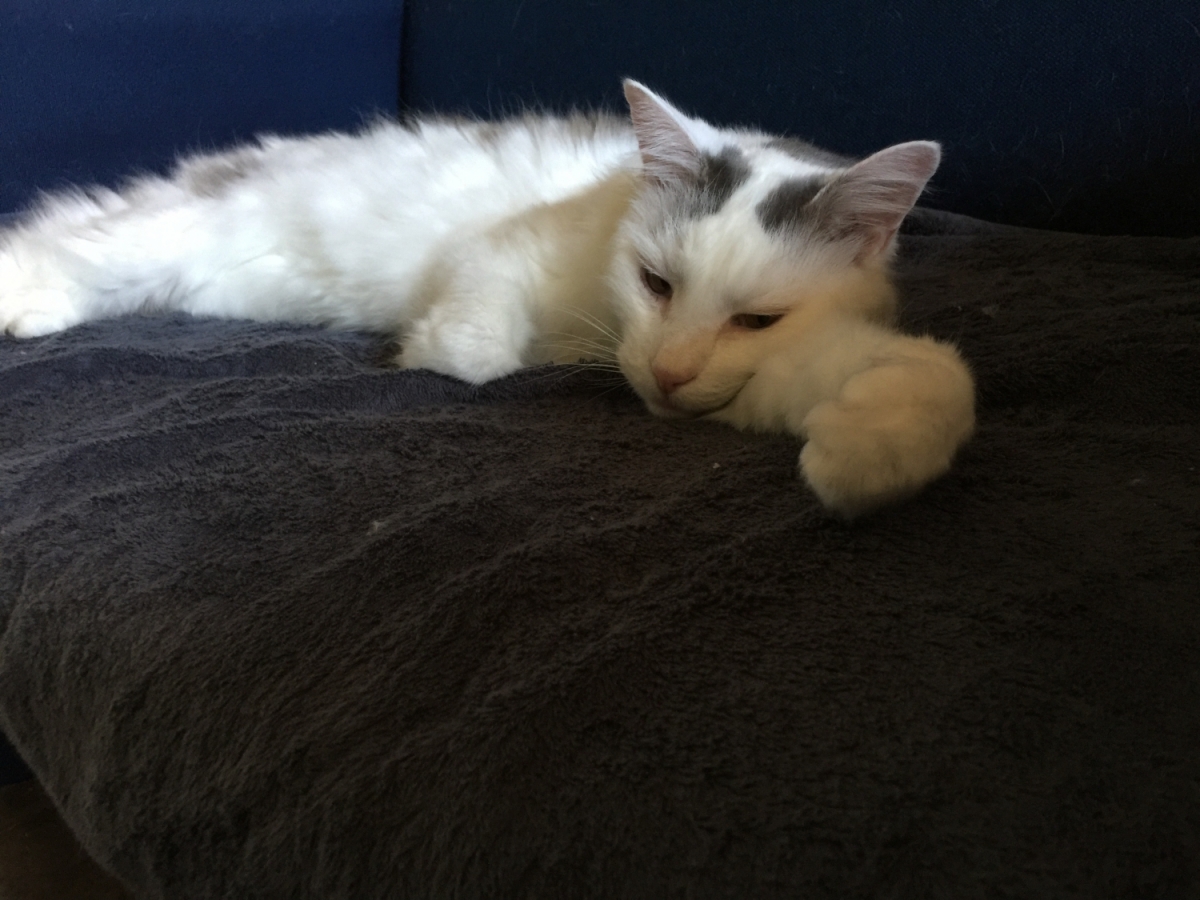 Doctors assessing environmental health risks to patients do not routinely include animal sentinel data in their clinical assessments. Reasons for the underuse of animal sentinel data by human health professionals may include limited understanding of the relationships among animal, human, and ecosystem health; insufficient knowledge of veterinary medicine; and the relative obscurity of the scientific literature about animal sentinels. The potential for animal data to provide important evidence regarding environmental risks to human health seems obvious. [3]

Dogs in different locations around the globe also are vulnerable mercury exposure and hair samples from sled dogs have been used as a biomarker of exposure to metals because this sampling is a non-invasive indicator of mercury exposure in dogs fed commercial food and traditional village diets. Comparing Yukon River sled dog hair data to archaeological samples of dog hair, suggests that Alaskan sled dogs can inform scientists about community health exposures not only in the present but also in the past. The archaeological samples also can be used to provide baseline information on non-anthropogenic (non-man-made) mercury exposure and this is important as climate change impacts global marine systems and wildfire regimes, the release of Hg and other toxic trace elements may increase. [4]

Because dogs are companion animals that live in the same environment as their owners and exhibit many behaviours that are similar to those of young children, they appeal as one of the best bioindicators to use instead of humans, particularly infants and young children. One of the most important reasons for using dogs as a surrogate method to determine the level of exposure of humans to heavy metal(loid)s is that dogs can also develop many of the same diseases as humans, such as immunological syndromes. Several studies have reported a higher prevalence of various diseases such as hyperthyroidism, malignant lymphoma, chronic renal failure and cancer in household animals that was attributed to their lifestyle and exposure to chemicals in their diet [5]. 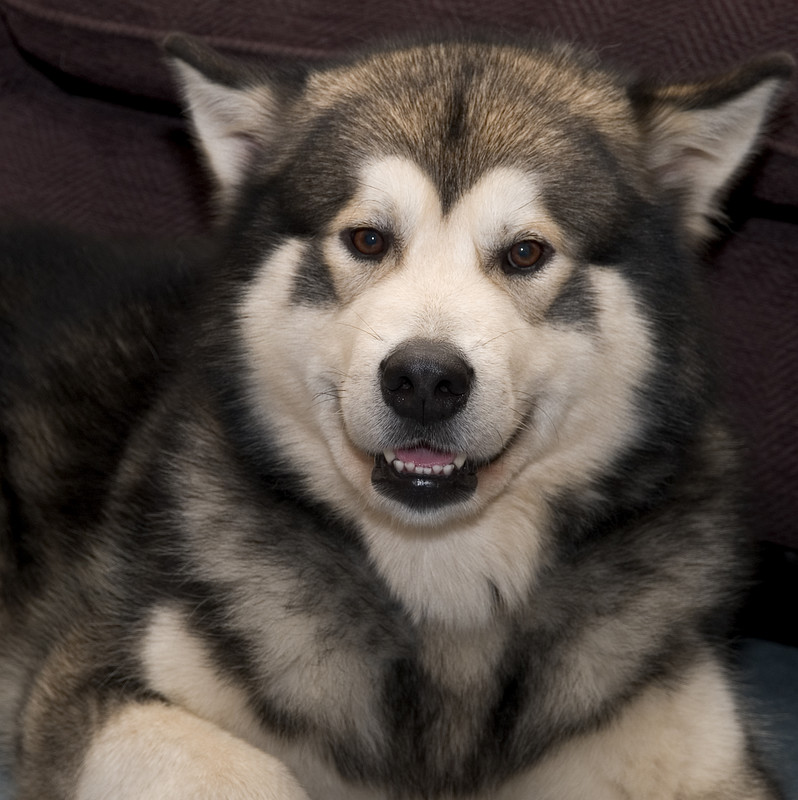 A recent study proposed the quantification of total Mercury (Hg) in hair as a screening method for sentinels like household pets like cats and dogs to be performed in routine veterinary visits. [6]A highly significant positive correlation was established between total mercury in blood and hair, validating the latter as a surrogate, non-invasive matrix for mercury exposure evaluation. Additionally, obtained blood to hair ratio (200) is similar to the one described for humans reinforcing the suitability of dogs as sentinels. [6]

Human hair grows at a rate of approximately 10 mm per month; thus, the level of an element in hair reflects its level in the body medium from which it was formed and provides long-term history of individual exposure. Hair appears to be of greater value in evaluating past and ongoing exposure to even low levels of metals and metalloids and thus hair is becoming an attractive biological material because of the simplicity of sampling in a non-invasive way (ease of collection, no traumas or pain), easy storage (refrigeration and preservatives are not needed), transport and handling. Hair is also independent of homeostasis and therefore is more useful in the detection of mineral/metal deficiencies and excesses in humans than blood. Indeed, a growing number of studies involving hair analysis have been conducted pointing out that the data obtained supports the theory that metal/mineral elements in hair may be useful for identifying risk of cancer development or other disease progression. [7]Thus hair mineral analysis is useful in both humans and animals, giving information on diet, environmental exposure, health problems and importantly – medicines or supplements taken. [8]

Recently, reliability of hair mineral analysis has increased (especially in our lab) via more rigorous standardised laboratory procedures, clearer sampling instructions for clients and employing state-of-the-art equipment. Additionally, ongoing research on the nature of measurement errors and inter-individual distributions of hair minerals is driving the use of statistical analysis that then minimises random errors even further. [9]

Toxic metals have various ways they can cause serious problems in humans and animals. Some metals are more toxic than others and can have varying toxicities across different animal species (horse and camels are very vulnerable to lead) and in humans, gender and age play a part in heavy metal toxicity variance. Even essential nutrients like selenium or copper can cause toxicity if intake is in excess (i.e. through human or animal nutrient supplementation). Toxicity is established through disruption of many metabolic pathways, some indicated next…

And toxic metals are characterized by an affinity for tissues in which they are stored. For instance, Lead (Pb) accumulates mostly in bone and liver, and the Cadmium (Cd) in kidneys and liver [10]. 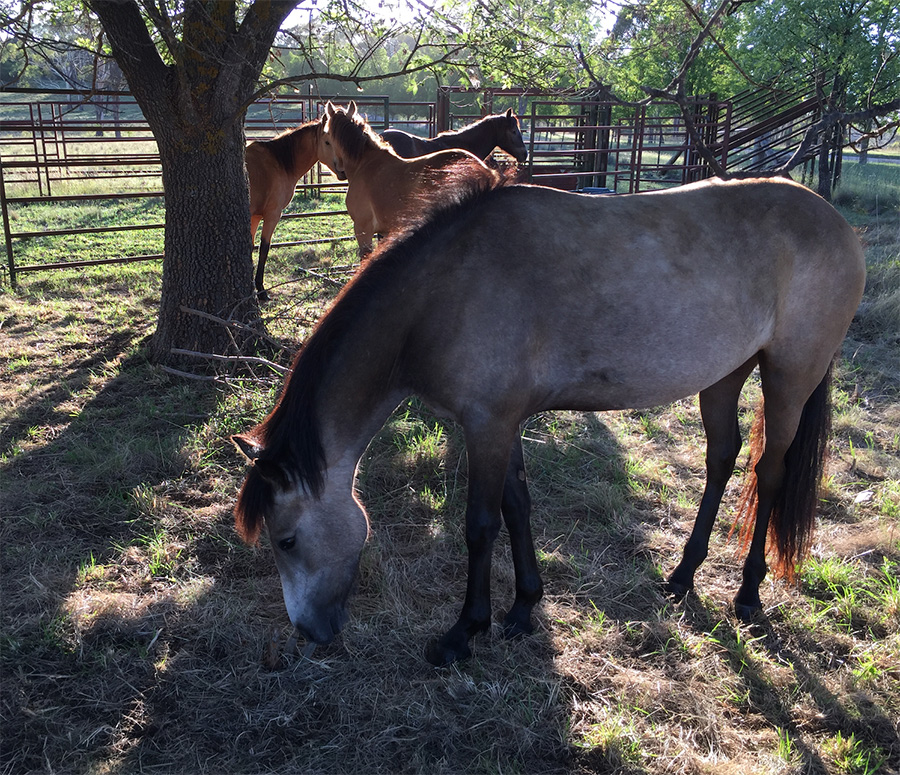 As mentioned in our introduction, accumulation of heavy metals in horses can inhibit optimal performance. [11] These metals include excess Chromium (Cr), Cobalt (Co), Vanadium (V), Aluminium (Al), Lead (Pb), and Cadmium (Cd). A comparative estimate of the mineralization of the horses’ mane measured by the sum of the amount of substances via a horse mane hair mineral test, showed that there was a negative correlation between the accumulation of toxic elements and the speed of the horse (r = − 0.59). This recent 2018 study concluded the utility of the use of the mane hair analysis to assess the speed qualities of trotter horses and optimise sporting achievements in equestrian sport [11]. Off course knowing the horse’s exposure to heavy metals would benefit the horse health overall.

Horses can be unknowingly exposed to excessive metal intake, like Selenium, simply through grazing and are very susceptible to chronic Selenosis if grazed on seleniferous forages for a prolonged period (hoof lesions being a symptom). Mane and tail hair analysis revealed elevated Selenium levels corresponding to the higher Selenium intake [12]. Also, of interest is that normal horse hair levels of metals and minerals, as determined via a hair analysis are similar to humans with the exception of much higher concentrations of Phosphorus (P), higher Potassium (K) but lower Sulphur (S) in horse hair when compared to human hair levels [13]. Note that over supplementation can also dangerously increase metals like selenium in horses, which can be picked up by a hair mineral analysis [14].

Heavy metals, most commonly associated with toxicoses in horses are Lead (Pb), Cadmium (Cd), Mercury (Hg), Nickel (Ni), Arsenic (As) and Molybdenum (Mo). These toxins pose a health risk to horses not only through ingestion of fresh forage and water, but through manufactured cereal-based feedstuffs and preserved forages grown on contaminated soil. Usual sources of such contamination are ore processing and metal manufacturing, rather than natural environmental origins. Hair analysis can identify exposures and even potential toxicoses and studies have shown metal levels in hair and blood are were significantly correlated (r=+ 0.69) [15].

Additionally, Arsenic levels in the environment can be elevated by contamination from the use of pesticidal Arsenic compounds such as CCA (chromated copper arsenate), a wood preservative. The above study concluded that hair analysis could be used for Arsenic residue determination in horses [15]. Variations in environmental factors and feeding choices, suggest that a hair mineral profile has a high diagnostic value and could contribute to effective disease prevention and treatment in horses [16]. 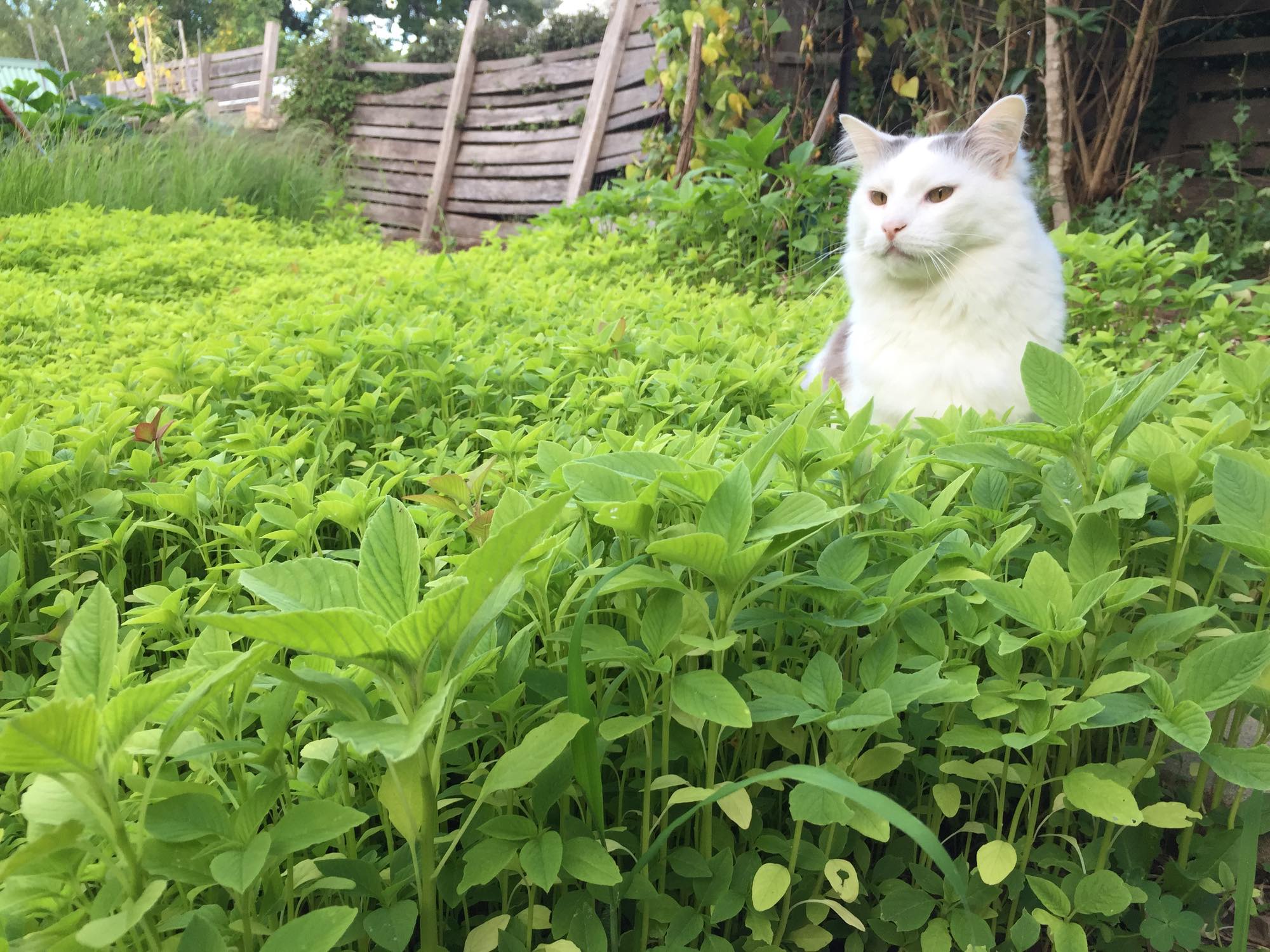 Hair results are live and use innovative moving graphical visualisations, while our water and soil analyses concurrently visualise your results based on human, animal and agricultural guidelines - a true Australian innovation. By Hartmut Gunther|2021-08-26T19:13:46+10:00May 2nd, 2019|Heavy Metals|Comments Off on Animals and Pets are Sentinels for toxic Heavy Metal Exposures in Humans: Efficacy of Hair Tissue Mineral Analysis (HMA or HTMA)